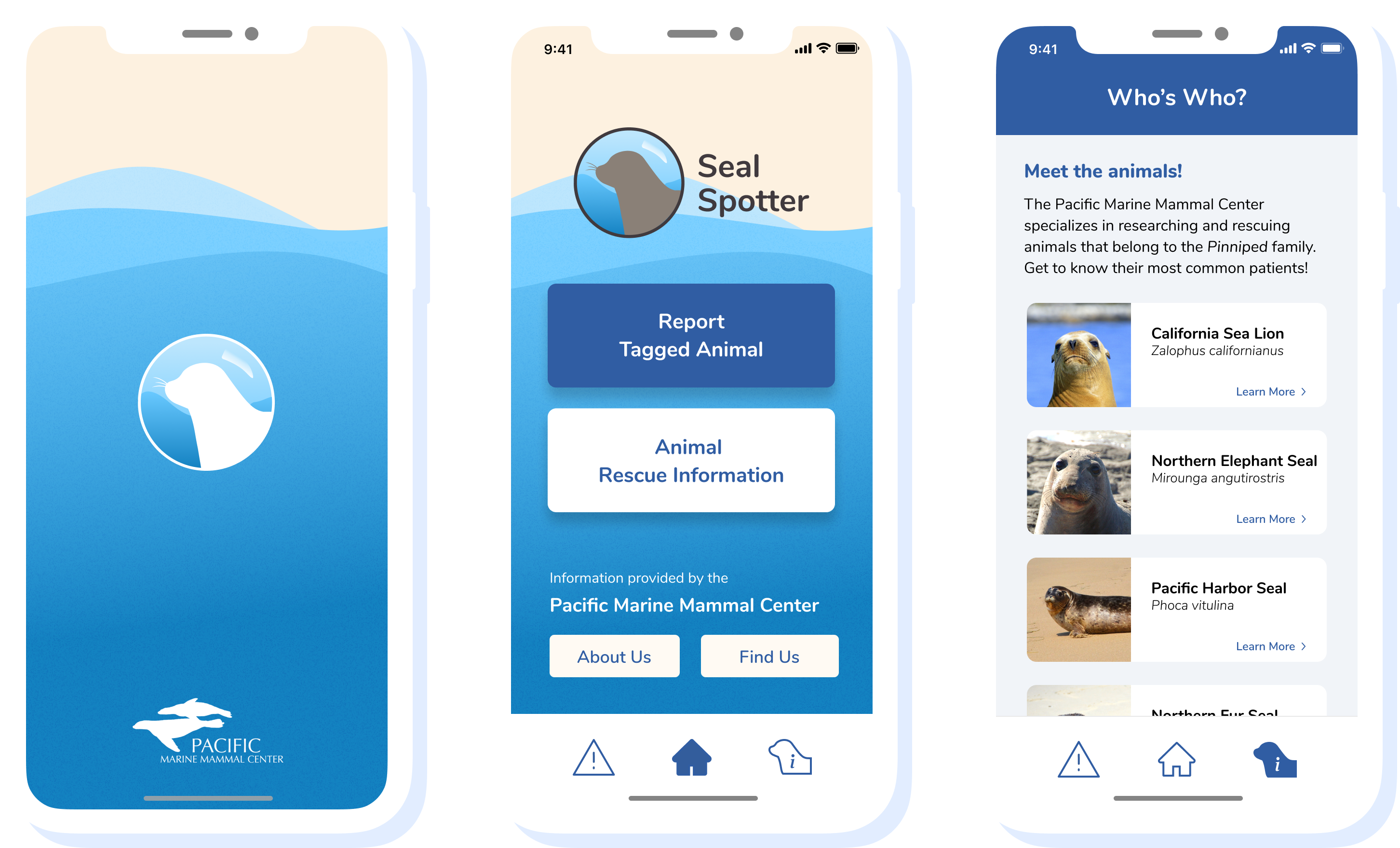 Seal Spotter is a mobile application that allows beachgoers on the West Coast to send reports of sightings of seals and similar mammals. In addition to the mobile app, we developed a desktop database view for researchers to access the reports from.

PMMC had already worked previously with another team to create the first version of Seal Spotter. However, this version had many functionality issues and an unsatisfactory user interface.

After concluding that the first iteration was largely unsalvageable, my team worked to build a new Seal Spotter app from scratch, complete with new branding.